Joint Scientific Papers. Published by The Physical Society of London.

4to. [ii], 15 pp. Tables; top cover and first leaf with paper lacking at head of gutter filled in with some loss to 2 lines at the top of page 2. Self-wraps. Ex library ms. notations on top cover. Very good. RARE. View more info 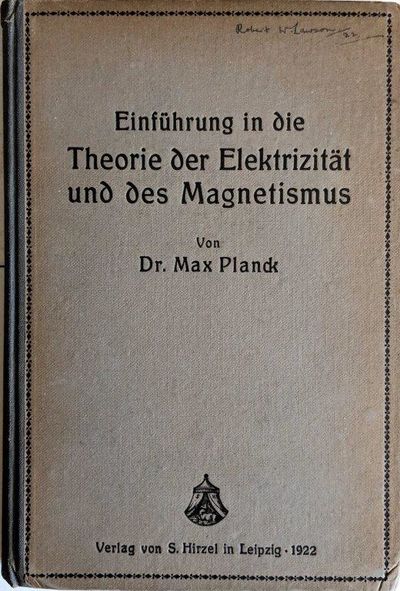 8vo. 96 pp. Illus. Printed wrappers; corner creased. Very good. Green "was a British mathematical physicist who wrote An Essay on the Application of Mathematical Analysis to the Theories of Electricity and Magnetism (Green, 1828). The essay introduced several important concepts, among them a theorem similar to the modern Green's theorem, the idea of potential functions as currently used in physics, and the concept of what are now called Green's functions. Green was the first person to create a mathematical theory of electricity and magnetism and his theory formed the foundation for the wo... View more info