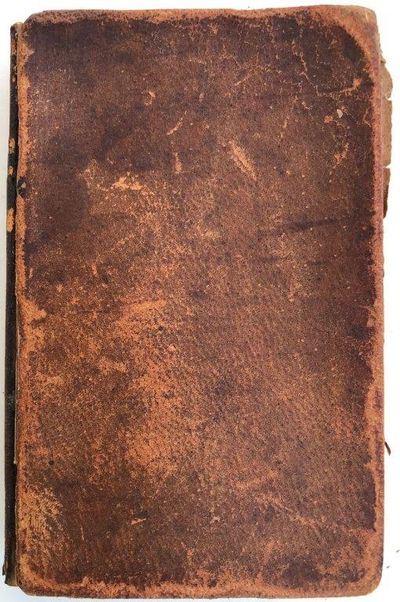 16mo. [4 Â½ inches]. iv, (5)-182, [2] pp. Original full calf; black gilt-stamped leather spine label; title has a band of cloth tape affixed to the gutter, upper cover off. As is. Rare issue. The first edition was issued in 1773 and became a very popular work, often reprinted. "Elizabeth Gaskell, the 19th-century novelist, refers to Chapone as an epistolatory model, bracketing her in Cranford with Elizabeth Carter, a much better educated Bluestocking. The book is also mentioned in Anne BrontÃ«'s novel Agnes Grey through one of the characters, and it had an influence on Samuel Richards... View more info