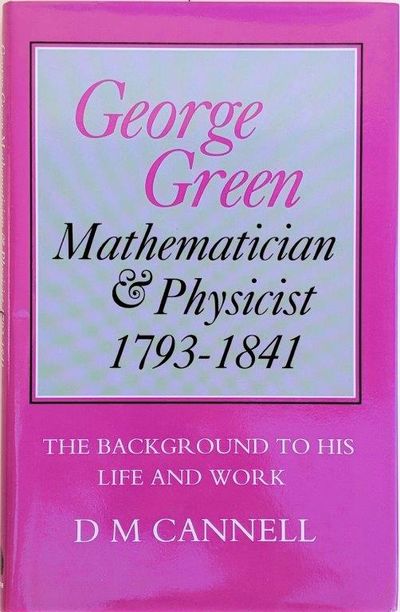 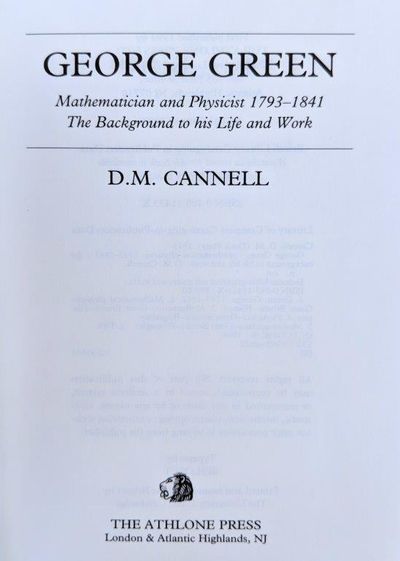 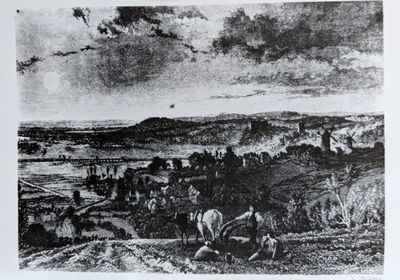 George Green, Mathematician and Physicist 1793-1841; The Background to his Life and Work.

First edition. 8vo. xxvi, 365 pp. Frontis., illus., appendices, index. Silver-stamped blue cloth, dust-jacket. Near fine. [br] ISBN: 048511433x First Edition. George Green (1793-1841) was a British mathematical physicist famous for his 1928 publication, "An Essay on the Application of Mathematical Analysis to the Theories of Electricity and Magnetism". Green's new theories and functions helped many other scientists further their work, such as Schwinger work on electrodynamics in 1948 that eventually earned him the 1965 Nobel Prize. Green was a Graduate of Cambridge, 1838, shortly before his death. Unfortunately, Green's work was not well known during his lifetime. However, The George Green Library and the George Green Institute for Electromagnetics Research, both at the University of Nottingham, are named in his honor. Green's Windmill was restored to working order in 1986, now a popular museum and science center in Nottingham. Green's memorial stone, at the Westminster Abbey, is in a nave adjoining the graves of Sir Isaac Newton and Lord Kelvin. First Edition.

Title: George Green, Mathematician and Physicist 1793-1841; The Background to his Life and Work.

George Green, Mathematician and Physicist 1793-1841; The Background to his Life and Work.