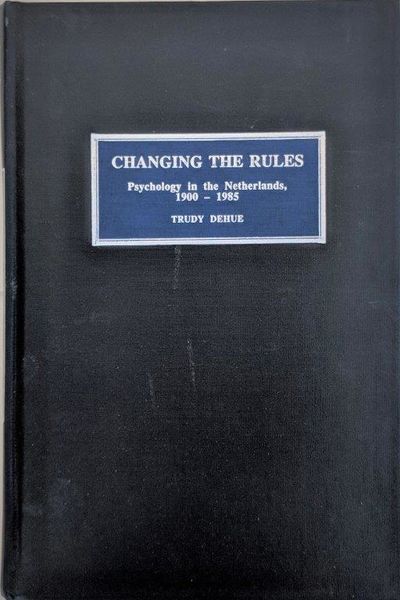 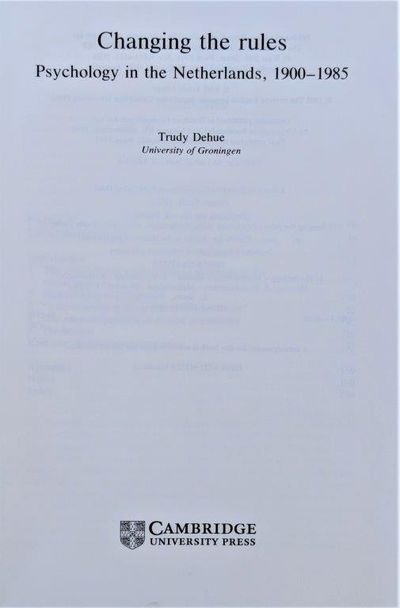 8vo. ix, 204 pp. Illus., appendix, notes, index. Black silver and navy-stamped cloth. Fine. ISBN: 0521475228 "The history of the social sciences has been marked by frequent and fierce debates on the rules of scientific methodology. Even the most general criteria agreed upon in the natural sciences are emphatically disputed in the social sciences. Presenting the history of psychology in the Netherlands as a case representative of Western social science, this book examines the divisive nature of social methodology more closely. The author scrutinizes published books and articles, as well as archival material and taped interviews, to sketch a history in which psychologists call their colleagues "semi-intellectuals who take lack of clarity for profundity" or accuse them of "undermining respect for men." As to the question of how such disagreements on the rules of sciences should be understood, this book contradicts the common picture in which social scientists only gradually came to understand how their profession should be "scientifically" practiced. Students and scholars of the history of science and the history of psychology will be fascinated by this account." â€“ Publisher. ". . . tells a story about psychology in The Netherlands that is as fascinating for the color with which it paints individuals as it is thoughtful about the use of sociological concepts to explain change in science. The book has analytic as well as narrative purposes and is a model for the integration of description and analysis. . . .Trudy Dehue has added a new dimension to the history of 20th-century psychology. She has carefully shown how the social construction of scientific methodologies actually occurs, and she has written with humor, penetration, and sensitivity about her world, a world in which we are all reflected. This is a book for anyone interested in psychology as a social activity." â€“ Roger Smith, Contemporary Psychology.