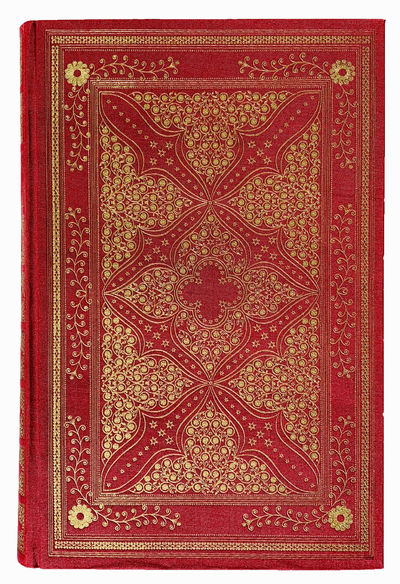 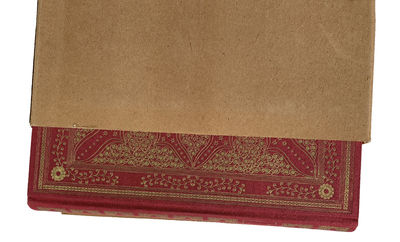 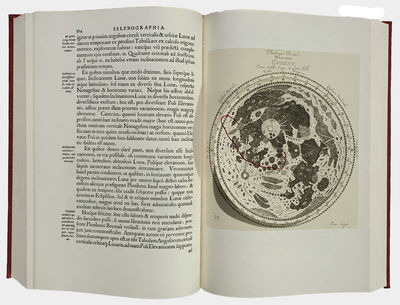 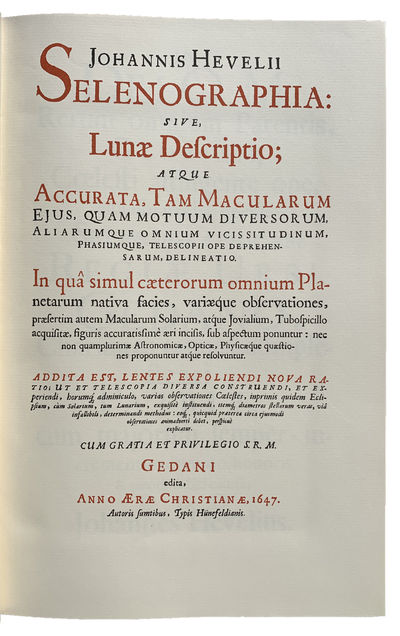 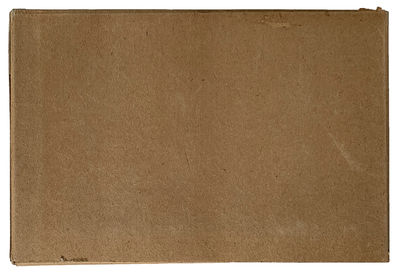 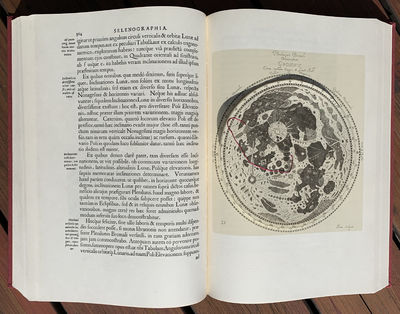 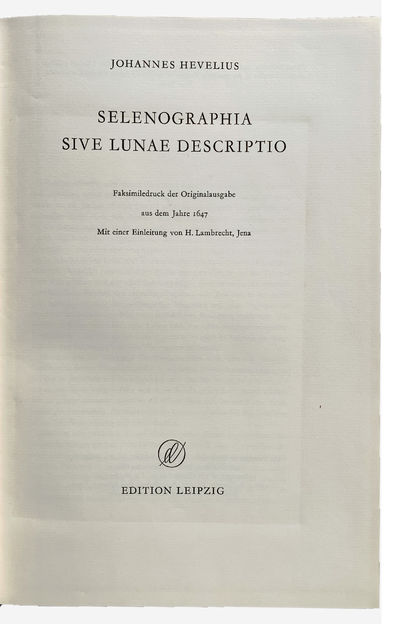 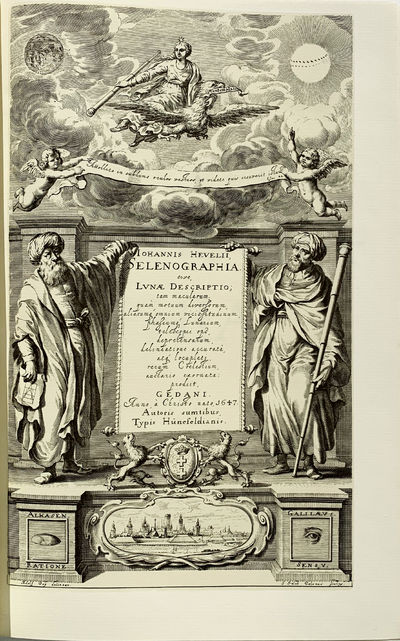 4to. xix, [30], 563, [20] pp. Frontispiece, plates, index. Exquisite gilt-stamped red cloth, intricate decorations, publisher's cardboard slip-case; slip-case slightly rubbed with ink notation to front panel. Mint in very good case. "Hevelius's first major research project was mapping the moon. He set out to observe and draw every phase of the Moon, a task that took him years because of the variable weather in Gdansk. In 1647 he published Selenographia, sive lunae description. In this ambitious work, he revealed all of telescopic astronomy, but the centerpiece was the section containing engravings of all phases of the Moon, both waxing and waning, and three large plates of the full Moon that showed the parts of the Moon revealed by libration, a slow oscillation as seen from the earth. Selenographia established Hevelius's reputation as one of the foremost astronomers of Europe" (van Helden, p. 462). See: van Helden, Albert. "Hevelius, Johannes (1611-1687)." Encyclopedia of the Scientific Revolution: From Copernicus to Newton. East Sussex: Psychology Press, 2000.