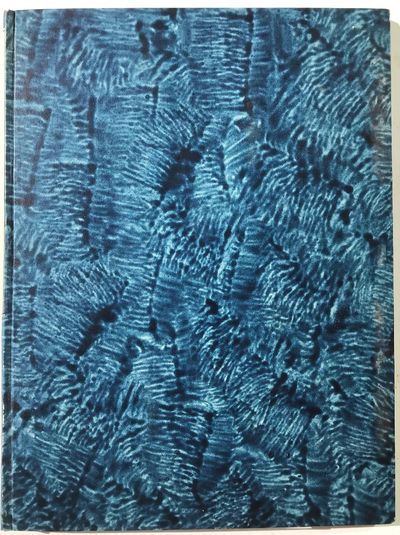 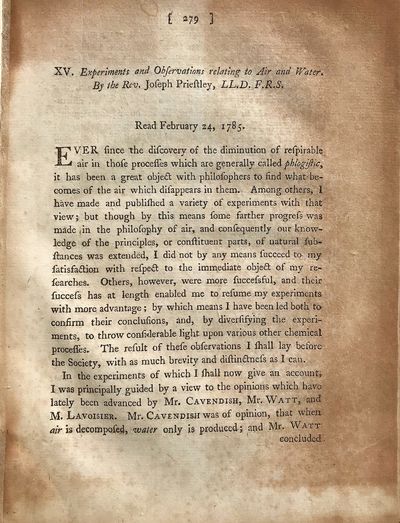 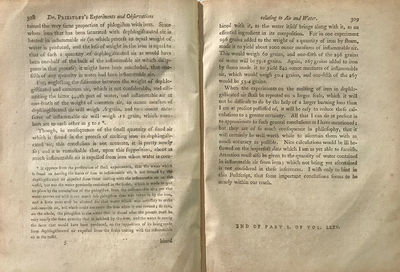 Experiments and Observations relating to Air and Water. Extract: Philosophical Transactions of the Royal Society of London, Vol. 75, pp. 279-309, 1785.

4to. (235 x 175 mm) pp. 279-309. Modern boards, printed spine label. Bookplate of Andras Gedeon. Fine. FIRST EDITION. In 1772, Priestley's work on Observations on Different Kinds of Air, and pneumatic researches included the isolation and identification of nitric oxide and anhydrous hydrochloric acid gases, and the beginnings of photosynthesis. "Priestley's experiments were carried on at such a prolific rate, that following the paper of 1772, it was decided that he should publish his accounts of them in book form. . . These works were supplemented by an occasional paper in the Philosophical Transactions (including the Account of Further Observations of Air, in which he announced his discovery of 'dephlogisticated air', later to be defined as oxygen)." [DSB]. The above paper carries on further research into 'dephlogisticated air'. The phlogiston theory holds that all flammable materials contain phlogiston, a substance without color, odor, taste, or mass that is liberated in burning. Once burned, the "dephlogisticated" substance was held to be in its "true" form, the calx. "Phlogisticated" substances are those that contain phlogiston and are "dephlogisticated" when burned. DSB Vol. XI, p. 144. First Edition.

Title: Experiments and Observations relating to Air and Water. Extract: Philosophical Transactions of the Royal Society of London, Vol. 75, pp. 279-309, 1785.

Experiments and Observations relating to Air and Water. Extract: Philosophical Transactions of the Royal Society of London, Vol. 75, pp. 279-309, 1785.