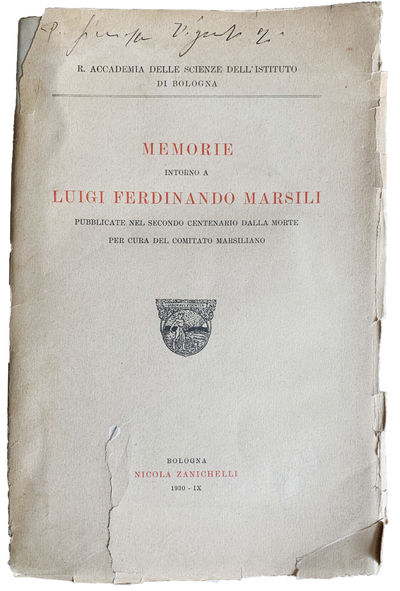 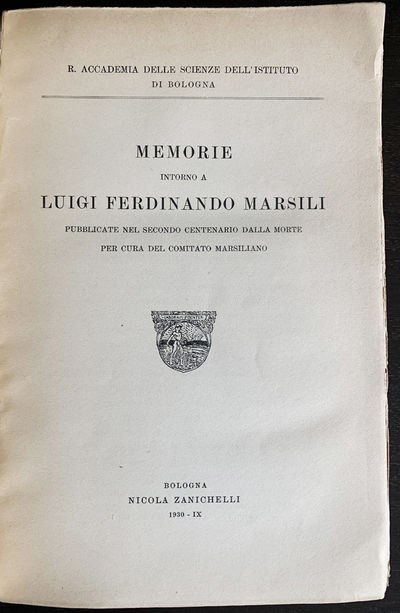 Series: R. Accademia delle Scienze dell'Istituto di Bologna. 8vo. vii, 509 pp. Figs. Original printed wrappers; mended with partially preserved spine. Good. RARE. Marsigli, Italian soldier and naturalist, was interested in both mathematics and anatomy. He traveled through the Ottoman Empire and wrote of his observations â€“ he even fought against the Turks, was captured and his freedom purchased. He was later a member of both the Royal Society of London, and of Montpellier.